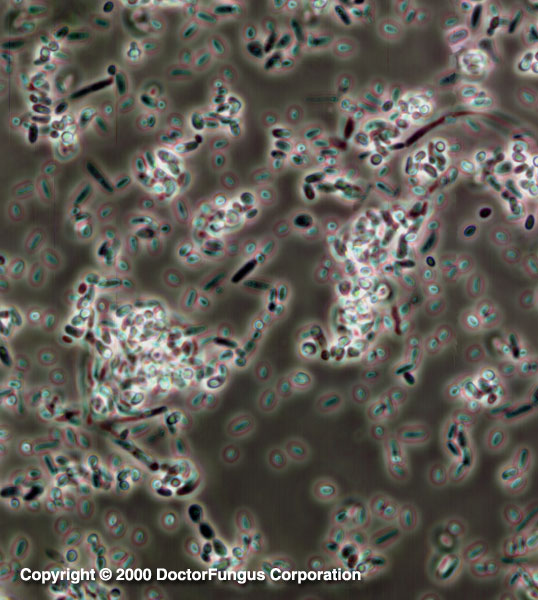 Colonies on Sabouraud dextrose agar at 25°C are off-white, dull, and smooth with margins ranging from smooth to lobed. This isolate grows at 42°C but fails to grow on media containing cycloheximide.

On cornmeal following 72 hours incubation at 25°C, abundant pseudohyphae are formed with some moderate branching.

Care should be taken when identifying Candida krusei as isolates of Candida inconspicua are morphologically and biochemically similar. These two species are most easily differentiated by the production of pseudohyphae by C. krusei [1270]. This isolate is well documented in human disease with known resistance to fluconazole but has most recently been implicated in disseminated disease in patients receiving caspofungin [1743].