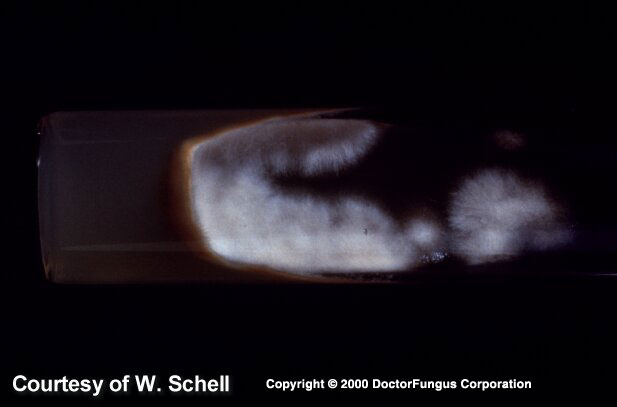 Colonies are slow growing, flat, spreading, dense, with a furlike mat having radiating edges. The color of the colony is grayish white to tannish white and rarely rust. From the reverse, it is salmon pink to peach or rose brown.

Microsporum audouinii produces pectinate hyphae and rare macro- and microconidia. Terminal chlamydoconidia may also be formed which have short, spine-like projections, giving a pointed appearence at the tip. When present, macroconidia are smooth to sparsely echinulate, poorly developed, thick walled and irregularly spindle shaped. Microconidia are also rare and when present, they are unicellular and ovoid to clavate in shape.